I’ve just written this article because I wanted to start analysing Batman V Superman but realised I was stuck because it is a true sequel to Man of Steel. A lot of elements find their roots in the first movie. The best example being Doomsday who is made of Zod’s DNA, it is a very nice move but if you haven’t seen Man of Steel recently, Doomsday’s rage and thirst for destruction isn’t convincing and the final fight of BvS falls flat. 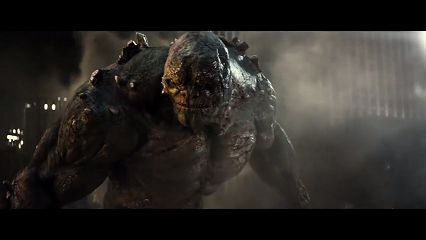 Zod is back, and he is unhappy.

Zod was a very interesting character in Man of Steel, his declaration at the end of the movie after he’s lost all hopes of saving Krypton is quite interesting:

“I exist only to protect Krypton, that is the sole purpose for which I was born. And every action I take no matter how violent or how cruel is for the greater good of my people.” 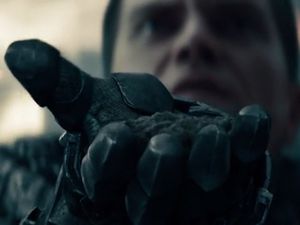 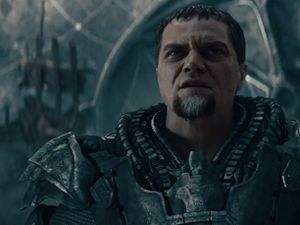 At that point of the story, no one would doubt his words. But when he appears in the council at the beginning of the film, it is easy to mistake him for a would-be dictator. He shoots the guards and the head member of the council. All this resembles a coup d’état. 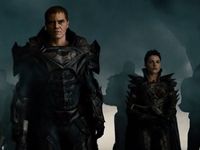 "Hello, I'm the good guy. Sorry for blowing up the door and killing the guards but we're in a hurry. And please excuse my incapacity to smile but I was born this way."

My point is, Zod appears like the evil military fascist dictator motivated only by his inflated ego opposed to the defenders of democracy. Obviously, we’ll side against him. The thing is, everything he says seems more or less true. The members of the council truly have fucked up seriously; even Jor-El reproaches them their political decisions. Plus, Zod clearly perceives Jor-El as a potential ally, they know they agree on the incompetence of their leaders. And also, he likes Jor-El, but I won’t dwell into this.

His plan to “sever the degenerative bloodlines that led [them] to this state” sounds a lot like something eugenic (think nazi and superior race) and Jor-El's answer, “and who will decide which bloodline survives Zod, you ?,” points in that direction. Again, the movie/Jor-El puts in our minds the idea that Zod is some sort of egomaniac who would quite enjoy being the sole leader of Krypton.

But this is completely false; it will gradually become obvious that truly Zod is motivated only by the desire to protect his people. His goal was/is perfectly noble and understandable.

The difference that this makes is that his belief that Krypton can be saved might not be an illusion, or a lie. When he begs Kal-El’s mother to abort the launch of the small spaceship that transports her son, he shouts “The Codex is Krypton’s future.”

It’s a bit hard to understand that part of the plot because its elements are only meaningful for an alien civilisation and we do not necessarily want to reflect upon them. But obviously, if there is a subtext to unearth, we have to take a closer look at them.

And what there is to see is quite interesting indeed. Why didn’t Jor-El send his son on earth without the Codex ? He never says anything about rebuilding Krypton anywhere, he talks about living amongst the humans and helping them accomplish wonders.

When he steals the Codex from the Genesis Chamber, his female computer robot Kelex warns him that “it is a class B crime” and he interrupts her with “Nobody cares anymore […] the world is about to come to an end.” There is a huge fight going on and the urgency of the action leads us to believe that the world is actually coming to an end right at that moment. But it’s not. It’s only Zod and his men trying to take the power.

"Everything is falling appart ! Jor-El really has to hurry, no time for scruples !" thinks the audience. Even though the explosions and fights are the result of the initiative of a group of people who wants to save the planet and Jor-El is working against the survival of his specie.

So we swallow Jor-El’s “nobody cares anymore,” we believe that his theft isn’t important when actually it is. And it is only a lot later that we learn that it was. The Codex contains the “souls” or the “DNA mark” of all the unborn children of Krypton. It is very likely that when Zod talked about severing the “degenerative bloodlines” he meant executing most adults and raising the yet-to-be-born children, he was not talking about choosing between race, ideology, or sexual orientation, he just meant “getting rid of those who pathetically failed and giving a chance to those who are new to this world” which still sounds a lot more ethical and fair than what we human beings are about to do and are already doing to avoid extinction.

So, if Zod’s plan is defendable, why is Jor-El not considering it ? And why is he simply stealing the Codex when it is useless to his own plan ?

Well, because Jor-El is the egomaniac. Both he and Zod were disregarded by the council, Zod reacts by “betraying them” and planning on rebuilding a world, on trying again. He still believes in the Kryptonians and doesn't take things personnally. Jor-El is consumed by hubris and decides to eradicate any remaining chance of saving his race to become the father of its last representative. Kal is the last Kryptonian only because his father decided to make him so. In the version of 1979, Superman was the survivor of a cataclysm; in this version, he isn’t far from the only survivor of a genocide perpetrated by his father. 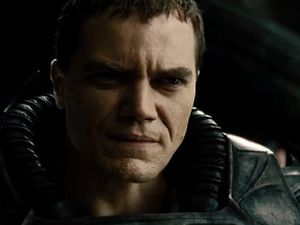 "You've taken up the sword against your own people Zod, you're a monster ! Now let me go so that I can make sure no one survives." And Zod doesn't kill him and let him escape because he's in love with him. Poor Zod.

Things continue to be strange as Jor-El will be the one to give humanity the means to defeat Zod and to convince Kal that he should be on the humans’ side. He undeniably takes steps against his own race and if his intentions are difficult to judge at the beginning of the film because Krypton seems so irremediably doomed, when he gives Lois the key to the destruction of Zod’s spaceship or the World Builder I can’t remember exactly, he wilfully brings his own race to extinction.

Zod and his teammates aren’t more than twenty people, humanity could easily have sheltered and fed them. If Kal had had the opportunity to have a true conversation with Zod, they could have talked about remaining on earth for some time and then move to another planet. Everything happens as if there was no time, but there’s actually nothing urgent. The only thing that makes the situation so explosive is Zod’s rage. But why is he so furious ? Because of Jor-El’s betrayal and disinterest in the survival of his own race. There is a woman on Zod’s team, she cannot be missed, she’s the only team member who is given a face and a proper death scene: because she was very important. Damn, I'd be quite easily convinced to repopulate if I were Kal-El.

So, let’s say Jor-El had not merged the Codex with his son… let’s imagine he had not done that and had simply sent the boy to earth. Zod would have focussed on taking power on Krypton, and would have succeeded (or died) with the help of Jor-El (Reigning together hand in hand). They would have…hum… eradicated “degenerative bloodlines” and created a new Kryptonian youth with the Codex. At least, Zod’s plan didn’t involve submitting an entire alien race (you know, mankind). It was about taking responsibility for their mistakes and accepting their fate.

All the fights and destructions that happen in the film, Zod’s bellicose approach, all of this is due to Jor-El’s hubris. It is due to his desire to see his name El be the name of a god. And he is the one accusing Zod of wanting to choose which bloodline should survive as if Zod wanted to play god... you know, because he himself isn’t interested in all that, that’s why he secretly had a baby with his wife, to avoid having to choose a baby. (in case it is not obvious, I'm being sarcastic here).

It's only out of humility that he is making his child the sole survivor of his specy and the god of another, it represents a huge sacrifice you know. (Sarcasm here too, sorry, I need to stop)

Jor-El swims into the Genesis Chamber, how is the scene introduced ? A baby is given birth in front of our eyes. This baby could have been Superman, there was absolutely no need for a "secret baby." And also, doesn't this scene gives the feeling that he is aborting all the foetuses by taking the Codex ? Because, at the end of the day he is, and he knows he is even if we don't at the moment of the scene.

Jor-El is a hypocrite and he is responsible for both the extinction of his race and the thousands of human deaths that the final fights suggest. "I will harvest the Codex from your son's corpse and I will rebuilt Krypton atop his bones." Seems fair enough to me.

We have to remember that Zod’s attack on earth with the World Builder, is not colonisation. It is not the initiative of a gigantic alien empire which would like to expend, but the desperate move of a dying specie.

Also, one of the main flaws of the movie is linked with Jor-El's manipulation : how can his "consciousness" always be aware of the development of the plot ? He talks about human as if he new their civilisation. He gives advice on how to beat down Zod as if he knew the whole situation. It's very weird. But at the same time, it underlines how much he is always in control, Kal-El is his puppet. Jor-El has been dead for years but he still is a major actor in the events that take place. He manages to talk to Kal-El several times, he also helps Lois escape the spaceship and thus forces Superman to leave too in order to save her (which prevents him from talking further to Zod). Jor-El even finds the opportunity to talk to Zod and use it to drive him even madder.

Kal-El's father is not the idealistic loving man he pretends to be. He is guilty of most of the things which he accuses Zod of. On the contrary Zod, as violently and ruthlessly he can act, never wanders away from his very understandable goal: saving Krypton.

And I'm sure that he did not attempt a coup earlier because Jor-El convinced him not too although they both disagreed with their leaders. But as Zod is in love with Jor-El, he let himself be convinced until it's too late and Jor-El got what he wanted: his planet is doomed and he can save his little messiah to rule another planet.