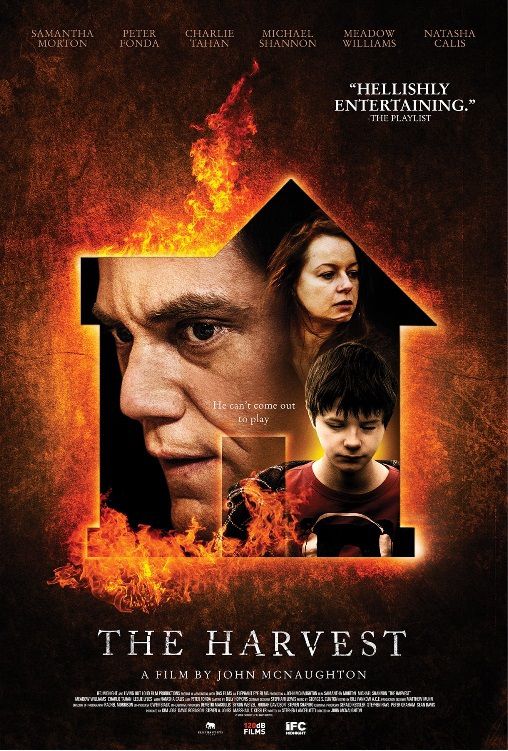 I’m so happy, for once I have an interpretation for a movie which is not sexual ! Yeah ! See ! I’m not a pervert ! I can analyse stuff other than sex ! And also, the articles of my blog which are read the most are “Is Superman a Superlover ?” and “The Perverted Ghosts of Ghostbusters,” so I can see I’m not the only one to be interested in the matter.

Anyway, let’s talk about The Harvest, a movie which was released I don’t know when but which is still not available in France and that’s an effin’ shame because we need more movies that underline how mothers can be totally crazy. Or simply that being a mother or motherly doesn’t make you less of a harmful person if you are one.

What people certainly see the first time they watch this movie is the story of a crazy mother and her submissive husband who are trying to cure their seriously ill son by using another boy that they kidnapped as a supply of organs and blood.

The idea is so dark and disturbing, or not one bit surprising in the times we live in you decide, that most people do not notice that there’s more to the film than its shock value and its final twist. Behind the sordid story hides another phenomenon that concerns us, common people, a lot more : Mothers who live only to be mothers. Andy climb on his bed, the phone falls on the floor and he cannot answer the call of his mother => In order to become autonomous he has to let her deal with her anxiety on her own.

The two boys are two versions of what Andy could be. The son in the basement appears after Maryann and Andy went playing baseball and she even made a sex joke implying she could be attracted to him.

Andy realises that he doesn’t want to be what his mother tells him to be. He doesn’t want to remain in his room all day, or in his wheelchair. He wants to move, and work and struggle to get out of this situation. Good day for Katherine. First, Andy hurt himself by trying to do something on his own. Second, the situation is perfect for her to showcase her skills and how vital she is.

Through his relationship with the nice girl, Andy becomes aware of the fact that the life he is living is the life that his mother has chosen for him and that things could be different. Maryann will easily make him stand up. (Hi hi hi). I'm not joking. There's also a sexual aspect to the whole story.

His new attitude scares Katherine, who reacts exactly as if he truly was her son, and the second boy appears as a consequence of her fear.

The boy in the basement is what Katherine would like Andy to be. She totally enjoys spending her whole life taking care of him. 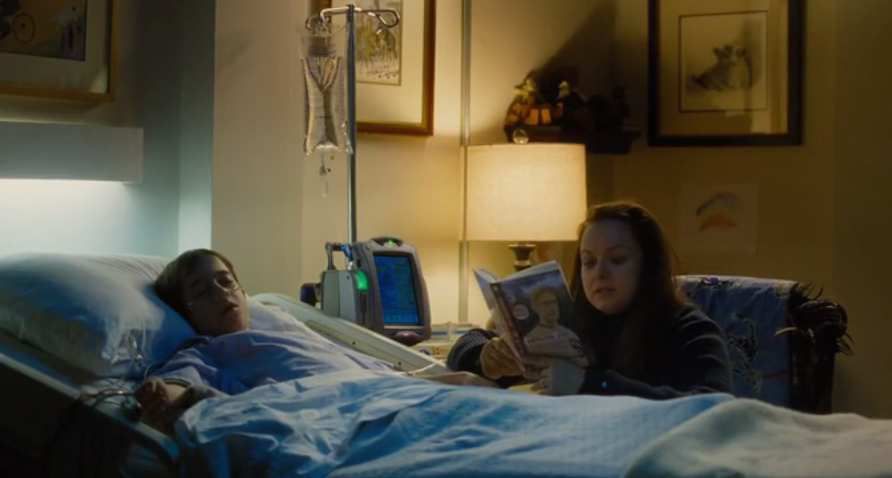 I love that the cliché "reading a story to someone who's in a coma because your love is so strong" should be transformed into a real indicator of the mother's craziness. The problem is not that the boy cannot hear, the problem is that she doesn't care. She is not doing this despite her sadness, she is simply not sad while doing this. She is performing her role as a mother and that's enough for her.

That’s the main point of this analysis. The movie is about overcoming the idea that she is a selfless mother dedicated to saving her boy (Whatever Andy we're talking about, they're the same boy).

She isn’t selfless, she is very selfish. She enjoys the situation because her boy’s life depends on her. She is high on control and power and she wants to remain everything for her child.

Because of all this, she necessarily becomes an obstacle to his development because as soon as he shows signs of becoming independent from her, she loses this feeling of being a god. His whole life is not hers anymore.

The movie recount the several stages Andy and Katherine go through until he manages to escape her and she dies. Because that’s her problem, she doesn’t have anything remotely as gratifying as maintaining her boy alive in her life. She is addicted to playing with dolls.

And so, as Andy is slowly growing independent, she becomes more threatening and violent, and angry, and takes more and more crazy initiatives.

To me, that’s where the movie shines when the mother’s true self surfaces. Throwing his toys, destroying his TV, destroying his crops, repainting his room in white, like the room of a hospital. 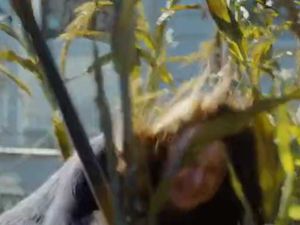 The more Andy wants to live his own life, the more his mother wants him to be a lifeless body on a bed.

When she removes a part of his liver because Andy the second needs a transplant, it actually is because she wants to break Andy’s motivation. She wants him to be tired and in pain, so that he abandons his desire to play with Maryann. So, I think there isn’t much more to say. I’d like to underline the fact that, this is a movie and a metaphore. I’m not saying “it’s doesn’t happen in real life”, I’m saying it happens all the time, simply there is no uncurable disease or organ transplant and gorgeous teenage girl who comes to save you.

In real life, you have crazy mothers who are scared shitless when they witness their children’s appetite for life and who discourage them, break them, destroy their enthusiasm and their motivation so that they remain close to mommy.

Well, your mother did it on purpose (unconsciously) because she was jealous of how this toy managed to make you feel good.

Do you remember when you wanted to go to that concert and eventually she decided that it was too far, too expensive, too dangerous, not enough something and too much many things ? She didn’t want you to go because you looked so enthusiastic towards it. Through all these remarks she wanted to make you realise that she existed, because she doesn’t know how to exist any other way than by being an infantilizing pain.

Do you remember that day when you felt completely relaxed and happy and fulfilled because that boy had kissed you for no reason and she sulked and made random reproaches to you and ruined your mood. It’s because she couldn’t stand seeing you happy because it made her feel useless.

That’s what Katherine’s character is about. She fills her hollow existence with the illness of her boy and pretends she only thinks of himself when actually it’s all about her. Look at how she belittles her husband and then Andy, “You’re not so tough, now,” before closing the doors on his fingers. These Joe Pesci moments unveil the fact that Katherine's mother isn't about benevolence but about submission.

You think she is selfless and devoted but she actually feels self-important inside this role of devoted mother and she won’t let anyone deprive her of this role. More she thinks her boy owes everything to her and thus cannot be anything but what she wants him to be. In the end, when she realises Andy won’t come back, she wants to put his heart into another Andy’s chest. Of course it means killing him, but it also underlines how everything is about curing someone but about being loved by someone. Katherine can only feel loved through her role of doctor, she cannot be loved as a human being because she’s abandoned her true self a long time ago. And in the end, if Andy cannot love her, let’s take his heart and put it in another boy’s chest and that heart will love me again.

I love that movie.