The Argument of Faithfulness (The Killing Joke) 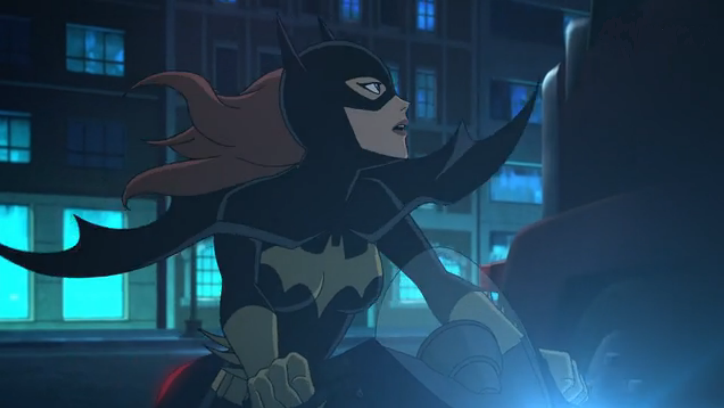 When it comes to comics adaptations (Batman, Superman, The Avengers, Justice League, Spongebob Squarepants etc…) a recurrent common place criticism is “They weren’t faithful to the original material.”

I’ve heard it for Man of Steel, I’ve heard it for Batman V Superman, for The Killing Joke, for Iron Man 3 and Age of Ultron. I won’t hide that it was a lot more often oriented towards DC than Marvel.

I’m writing this article because I’m often intensely bored by the stupidity of this argument. Attacking a piece of work (strickly) because it isn’t faithful to the original material is a regressive intellectual standpoint. It is immature and borders with a fascist logic.

Yes, I’m harsh but that’s because I find these attacks very serious and nauseating. I’m harsh to something I find deserving of this harshness. So please forgive me, my heart is in the refrigerator.

First thing, the argument of unfaithfulness is essentially biased. If you consider a piece of work a masterpiece, surely, this piece of work entirely embraces its media; a movie, a comic, a book, a play are always written differently to each other and, because of their essential qualities, necessarily focus on different aspects of otherwise similar stories. Movie=> image, movement; books=> interiority, thoughts; plays=> dialogues etc… you get my point.

Adapting a piece of work from one media to another necessarily asks for adjustments. The task of the new author is thus to make choices amongst the elements that have to be kept and those which have to be sacrificed or altered. Also, he has to convert the language of the former media into the one of the target media.

If the director doesn’t get seriously involved in his work, a play often makes for a film heavy in dialogues and uninspired camera work; a book adaptation becomes overloaded with details and subplots that don’t seem to make for a coherent whole etc...

When an author decides to adapt a piece of work, he has to appropriate the original material. It is a necessary step and one that cannot be avoided for the whole process to have a point artistically.

So that’s my first point. All the fanboys and fangirls who just ask for authors to be “faithful” to the original material, ask it as if there was a hundred percent faithful adaptation somewhere waiting to be made. That adaptation never works, it’s an unfocussed, soulless, dull and frustrating piece of work which fails at recreating any of the emotional impact of the original one, albeit copying every single elements of it… but in a different media which isn’t adapted to them.

My second point is that, when someone wants an adaptation to be faithful because they liked the original material so much, they should just realize that the original work already exists !

The desire to see faithful adaptations has nothing to do with the appreciation of art, it has to do with power. If you identify with the character of a book, and it becomes popular and it is adapted on screen, you want this character to triumph because you want to triumph. If you’ve read a book and it became popular and it is going to be adapted, you want the adaptation to feel the same way, so that indirectly its popularity hints at yours. You want this intimate personal thing of your life to take even more room through this event, but to do so, it has to keep a similar form.

The “it’s not faithful” criticism is ego-centered. It is a criticism voiced by narcissistic people who live their relationship with art as a mean to rule and to feel powerful. Their attacks are not indignation at mediocrity but jealousy disguised. They’re not truly interested in quality, they want deference from directors and screenwriters, flattery.

(edit : I'm being too harsh here, this remark was unconsciously directed to a specific group of people -many vain people on the internet-. It's not necessarily shameful to look for a little boost to your ego, the "unfaihful to..." argument isn't valid for all that, but it's not criminal either. I'd say it denotes some weakness or immaturity, and it's often normal to be a bit immature, when you're not mature yet for exemple.)(edit returns: actually as any work of art is political, whatever artists might say, an unfaithful adaptation can also be a shift in ideology which can be criticized too, but not because it's unfaithful).

The best part being that most of the time, these people who judge so easily whether an adaptation is a faithful one or not, base their judgment on meaningless details, did not even understand the original work and cannot agree with each other (and they shouldn't, but it still should make them understand that being faithful to a work of art is very subjective).

Also, is it that hard to imagine that when you've read a book and you learn that its movie adaptation is going to differ a lot from it, that potentially makes things even more interesting than if it's a dull copy/paste cash-in ? I know, making things different is often a way to make more money too. But the crime is in the second part of the sentence not the first : "only to make money."

So, my conclusion is simple. To all the people who whine about faithfulness, well… stop, it’s morbid and it doesn’t do anything good. If you disliked an adaptation, refrain from using this argument to criticise it and just analyse the adaption as a full autonomous work of art which is shitty. I've just read and watched some reviews of Suicide Squad and it seems there is plenty of room to train.

I think this article should feel less gratuitous if I explain that I'm writing it after having watched The Killing Joke which was criticized a lot for how it portrayed Batgirl when the movie in itself is perfectly coherent and this on a deep level. I haven't read the comic so I can't tell how much this anime represents a "betrayal" but I've already read a lot of criticism that rests on the "not-faithful" argument and which misses the actual coherence of the new output, however inferior it might be to the comic.