Rogue One : The Empire and the Rebels Want the Same Thing (1200 words) I’ve already tackled several aspects of the idea developed in this article in the one about Galen Erso but as I focused on Galen’ hypocrisy in that former article I left a lot of elements aside when it comes to the falseness of his holographic message.

So, if you haven’t read my other article, let’s just sum it up quickly: Galen Erso is a hypocrite. He fled from the empire and had a daughter only to be able to pretend that he doesn’t want to work on the Death Star, when truly he does. Jin is an alibi. Worse, she is a tool created in order to disculpate him even after he has perpetrated his ignominious deed. Also, the flaw in the Death Star is inherent to its existence and has nothing to do with Galen’s initiative. How is that surprising that a giant energy canon should explode if you light its “gunpowder” ? And why would the Empire recreate it several times if they could avoid this flaw ?

Rogue One tells the story of how Galen manipulates his daughter so that she cleans his reputation and also, of the single most risked initiative of the empire to destroy the rebellion.

Rogue One, the team, never steals the plans of the Death Star. Everything in the mission is a masquerade to have the rebels believe they’ve stolen these plans and found a flaw in the Death Star’s structure so that they attack the giant weapon and get erased while doing so.

At the end of episode 4, this plan nearly succeeds and only fails because of nothing short of a miracle. If you look at the scene closely you’ll see that the rebels’ starfleet gets slaughtered and that the Death Star is about to destroy the planet on which the rebels’ main base is to be found. The Empire has never been closer to victory. 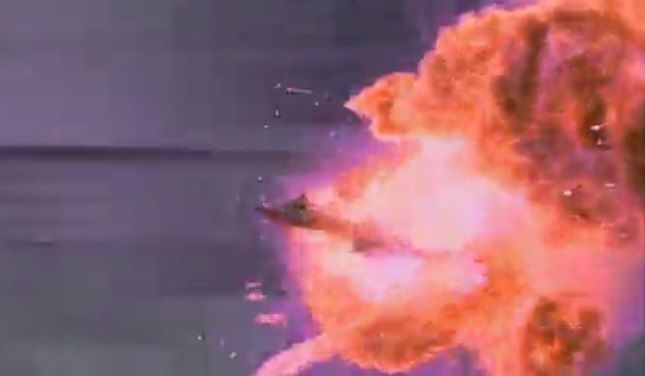 And all of this started with Galen Erso’s lie to his daughter.

The holographic message and the runaway pilot are both fake. They’re just the beginning of a bigger lie which aims at making the rebels believe that they’ve obtained the plans of the Death Star at the price of giant efforts and sacrifices when actually the Empire simply gave them.

Saw Gererra has the pilot’s mind read and we never know the conclusions of the “interrogation” apart from the fact that the pilot ends up in a cell and Saw tells Jin that everything about the holographic message is a lie. What else do we need ? "Ok, you're done ? I can make my entrence now or should I wait some more minutes ?"

And how come the message is interrupted by a sudden attack of the giant weapon which was supposed to remain secret ? Why does Tarkin suddenly want a proof of its well-function ? Why shooting near the city and not directly on it ? Because all of this is part of the manipulation. The Empire knows that Jin is on Jedha, they know she is in Saw Gererra’s secret hideout and they know she’s triggered the holographic message. So now that she's been "contaminated," they just have to shoot far enough so that she can escape the destruction of the city and of their enemy’s base.

But how can they be so certain that she will survive ? Remember the reprogrammed robot who is a dick to her and suddenly reappears in the middle of the city just to throw a grenade and save Jin and Cassian’s asses ? Well, he wasn’t that deeply reprogrammed. K-2SO is a traitor. Wahou ! Finally ! A robot that you cannot trust ! Welcome to the adult world Star Wars audience !

And Chirrut and Baze, who are they ? I don’t know but they surely are more than two random strangers who decide to come along and die for the cause. Saw Gerrera, the guy who welcomes death with open arms because he loves Jin Erso and he knows what lies in wait for her.

Everybody is manipulating Jin. That’s the fate her father created for her. By becoming the creator of the biggest weapon ever made, he made Jin the most researched girl in the universe. Nobody cares about what she wants, even less about her happiness (except Saw Gerrera who will remain her first love aside from "papa" ; hence his radical involvement with the rebels) whether it’d be for the rebels or the empire, she is nothing more than a means to an end. And that’s where you see that the rebels are no better than the empire. This fact is underlined when she saves a little girl who is about to get killed during the shootout between rebels and Stormtroopers on Jedha. Both sides have forgotten real values.

Cassian himself is a traitor. And he is presented as such, in his first scene he executes another rebel who obviously trusts him to get him out of a dodgy situation. Too bad my friend. 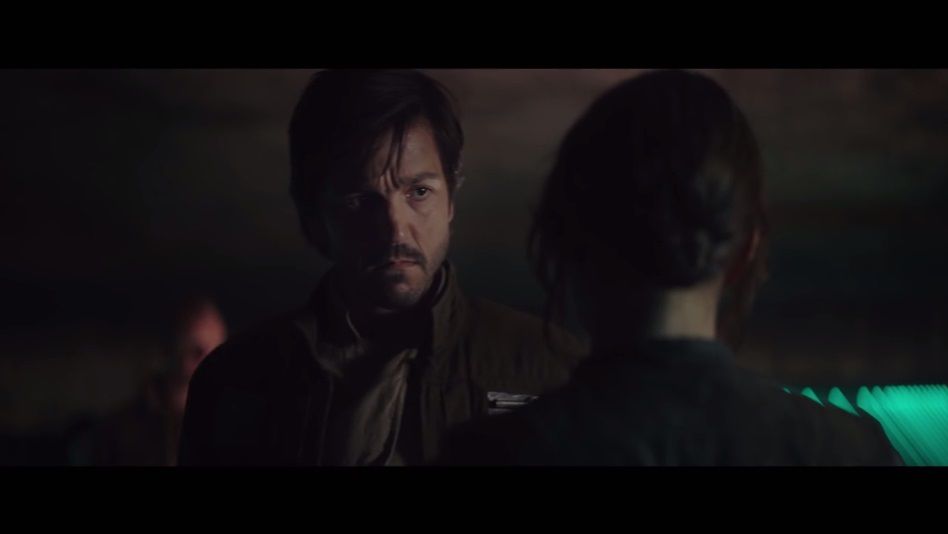 And that’s what the alliance expects from him in his mission with Jin. He is supposed to kill Galen Erso, and fetch the plans... and make Jin believe that all the guys who are ready to follow her on Scarif are ready to do so only because she convinced them (truly, they’ve simply accepted a mission given by their usual superiors). The fact that she's lost the holographic message underlines that to all of them, she should just be the little girl who cannot accept that her dad is a monster.

Oh and by the way, did you truly find convincing the way they enter Scarif without any obstacle ? With a simple stolen spaceship ? Or rather with a stolen spaceship ? Is it not the kind of things that should make them even more noticeable in a place where they’re expected to come ?

And when Chirrut walks through lasers without getting hit until he accomplishes what everybody wants him to ? And gets killed one second after doing so ? Isn't it more believable that simply nobody was aiming at him than that nobody could aim properly because of the force ? (How come Saw Gerrera doesn't believe in his blindness => "are you kidding ? I'm blind !")(Is everything that happens between Birrut, Blaze and the empire... staged ?)

And when Bodhy plugs something to have the plans reach the rebels and suddenly oh ! A grenade ! He’s been safe in his spaceship since the beginning of the fights, nobody came to bother him but suddenly, as soon as he’s plugged the thingy, bam ! A grenade. K-2SO knows how to throw grenades very well. K-2SO told him “Well done ! Now you are a rebel” earlier in the film when Bodhy shot several Stormtroopers. What does it sound like in the mouth of a robot of the empire ?

(And if it's not K-2SO that throws the grenade, the way it happens still suggests that the person who throws it was only waiting for Bodhy to accomplish his task before killing him). Learn to fear this.

When Baze shoots an At – At in the face with his rocket-launcher it looks cool but it also puts the commander of this At – At in a difficult spot: should they start aiming properly instead of only pretending ? Thankfully an X-wing resolves the problem.

Anyway, the strong idea behind the film is that both the empire and the rebels want exactly the same thing and they kill, murder and betray with the same lack of scruples to get there. In the middle of all this is innocence: Jin. And innocence is lied too, betrayed, manipulated, used and sacrificed.

If anybody considered Jin Erso a human being, they would tell her that her Dad is a piece of shit and that following the path he’s drawn for her will only bring her to self-destruction. But nobody does so because nobody thinks about saving her, they want her to die and bring the map and die.

However, the ending, as dark as it might be, isn’t entirely pessimistic because both Krennic and Cassian, the incarnations of what’s wrong about Galen Erso and the rebels, both of them become incapable of killing Jin.

Krennic lower his eyes when he witnesses the impact of the Death Star on Jedha. Cassian first doesn't find the guts to kill Galen Erso and then to send the plans. Both sides slowly learn their own limits.

There are still more interesting elements to unearth in this film but I only saw it twice. And I’m also a bit tired of writing about it so, have fun digging. :p

But really I love how this movie is about illusion, surface, communication. I'm not sure of how convincing I am about K-2SO but I'm fascinated by how perfect this character is. The funny robot is by far the last character anyone would be suspicious about even when it should stick out a mile that he is very likely to be a traitor. Same thing for Galen Erso justifying the building of a weapon that can kill 7.000.000.000 persons in 10 seconds and was built for this precise purpose with the excuse of "I did it to protect my daughter and also, it has a flaw if you study the plans... after stealing them... and also if you have a starfleet... and you're ready to go to war." I think that training people to see through that kind of lie is vital nowadays because these aren't actually lies, they are complexe and peculiar and strongly pathological constructions of individualities. How is K-2SO a liar when he is only obeing to his programm ? And how can I know that Galen Erso lied when the stolen plans are not fake ? He didn't lie, he built a fake narrative to which he sticked rigorously and which allowed him to do what he wanted to do. It's not lying anymore, it's something scarier. It's your facebook page.