Why is there so much maths in "The Martian" ? 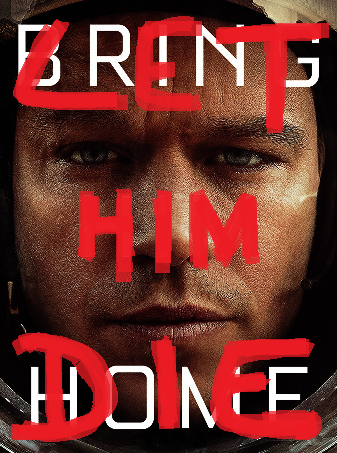 Because to understand the true story of the film you have to be able to appreciate that calculating/scheming is like a second nature for the main character of this movie.

It’s very simple though quite unexpected. What happens is not an accident. Matt Damon’s character wants to stay on Mars because he is an egotistical asshole. He wants to be the first man to [list of the things he is the first to accomplish]. Is it that hard to imagine ? He is only another stupid youtuber performing a stunt and putting his life in danger in order to have a nice video to upload and a lot of clicks. He spends the whole movie showing off and boasting about what he is capable of doing. He had schemed nearly everything and very rarely fears for his life, contrary to the members of the team who will have to consider seeing him die or risking their own lives. Why do you think he is so outraged when he learns they are not aware of his survival even though he’s been courageously (my ass) joking about the situation since the beginning of the film ? He knows they are his return ticket; he knows he has a return ticket. When he is hit by the debry, he is not focussed on reaching the rocket but on how they could find a way to stay (by taking huge risks obviously).

Nobody truly wants to save him except Rick (And I’m not yet sure about that). They all want to go back to their families. At the beginning of the film, they're all tired of Martinez and Watney's bickering about who's doing the most important work. They're tired of these egos talking. Simply, it would be hard to say “fuck that asshole” leave Watney to die. And that is why the president of Nasa didn’t want them to be aware of the fact that Mark Watney is still alive. He does not want the stupid rescue mission to happen. More, the stupid little fu**er who explains him that the team scientifically can go back get him, using the same trick as in Apollo 13 and thinking he is the funny genius from Independence Day, that little arrogant idiot is not telling anything new to the president of Nasa. Teddy knows they can go back and fetch Mark Watney, he just doesn’t want them to do so. He is protecting his team of astronauts from an egomaniac crazy enough to get himself abandoned on an unknown planet in order to become a star, or a god who after colonizing Mars, come back on earth to colonize it too (the shot an the plant at the end echoing his discourse on mars when he grows tomatoes).

And thus, the end of the film is everything but a happy ending. All the members of the team are traumatized by the fact that they were so very close to not seeing their family again. They were forced to risk their lives for a guy they certainly hate and despise; a guy who put himself in danger without any consideration for the collateral damages there would be. They were forced to betray the ones they love in order to rescue him and this will scar them for life.

The film is a hidden reminder of the fact that what is technically or scientifically possible isn't necessarily humanly possible or simply humane and also that in an hidious culture based on seduction and popularity like ours, the skilled seductors, public characters, indecent and shameless will always win against the normal non-pathologically narcissistic, humble and dignified human beings. Which is, you know, catastrophic. 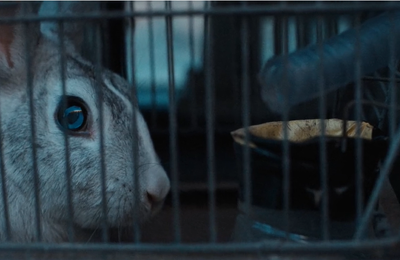