"I disagree but if you insist a bit, I'll make you a wonderful destroyer of worlds !"

Rogue One is really a fascinating film.

The Death Star blew its first planet back in 1977 and forty years later, we learn about his architect and we realise that he isn’t the mad scientist we thought he was but some sort of hero who sacrificed everything so that freedom could prevail in the end.

I cannot but remain fascinated by the courage of the screenwriters who made the architect of the Death Star a hero.

You know... the Death Star, the weapon that destroys worlds in a matter of seconds.

Rogue One is a movie about surface and depth, about illusions and reality, about self and persona, about your facebook profile and your inner self. It’s a film about how we will destroy the world shouting feverishly that everything is awesome despite all the evidence of the exact contrary.

We thought that the creator of the Death Star would have been a guy convinced by the empire’s ideology and ready to embrace their decisions. It is thus with a surprise that we witness Galen Erso being forced to work on the project against his will and for fear that something should happen to his daughter.

Luckily for everyone, he did not simply do what was expected of him but introduced a flaw in the conception of the weapon so that it could be destroyed more easily. And destroyed, the Death Star will be. And again. And over again even when he is no longer its creator.

Easily ? Certainly not. When Luke manages to shoot on the exact right spot, Han Solo states “Well done ! It was one in a million !” Wahou ! Thank you Galen Erso for this huge flaw.

Now, let’s face the truth people, Galen Erso is no hero. He is the exact piece of shit that we expected, except that it doesn’t leave him indifferent.

He is the man who bears the responsibility for the building of a weapon which could destroy planets. It’s an unbearable weight. But we know that he started the job before he ran away from it. If you ask me to kill a bunch of people it won’t take me several murders to realise that I disagree with your request. Galen stopped in order to build himself a psychological structure in which he would be able to carry on. He cannot be the mad scientist who builds the evil apocalyptical weapon, but he can be the poor man who had his wife killed and who obeys the fascists in order to protect his beloved daughter.

He doesn’t care about his wife, that’s why he doesn’t do anything to save her and that’s why she knew she couldn’t leave him alone with Krennic. She acted against the empire, he did not.

And Galen doesn’t care about his daughter, he is only unconsciously bringing himself to believe he is doing everything for her, because it is easier on his conscience. Jin Erso is a tool to alleviate his guilt so that he can carry on working on the Death Star. She was born for this purpose and he prepared her to be so. The tokens of affection he gave her were only proportional to the guilt he felt for the work he was bound to achieve. Jin Erso represents innocence to him and as much as he cherishes innocence, he is preparing a ruthless weapon for the guilty ones. 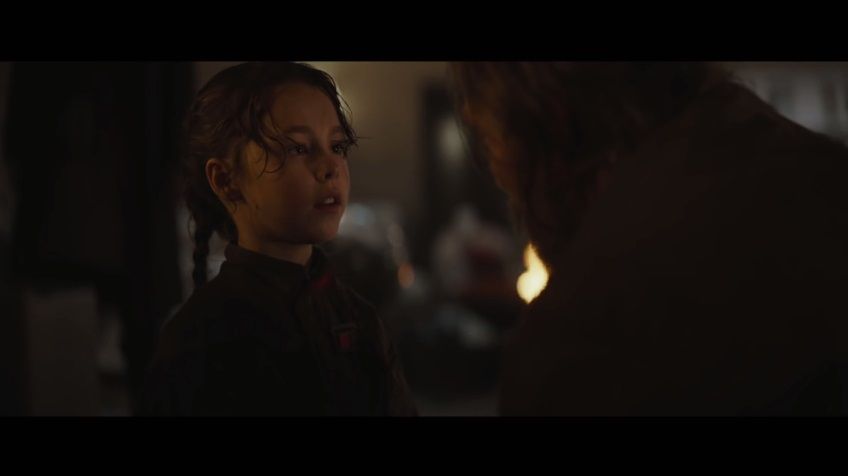 "Jin, whatever I do, I do it to protect you. Do you understand ?" "I understand" aaah brainwashing little girls to bring them to self-destruction... the sweetest of hobbies. You can also tell them that your penis is a lollipop.

Is it necessary to clarify that many parents have children for the most selfish reasons ? Entertainement, a feeling of achievement, a reason to carry on living a humiliating life of slavery, a feeling of usefulness, a feeling of intelligence, of accomplishment, to be able to give orders, to have the opportunity of demanding respect and submission from someone etc…

(See my article about the wonderful movie The Harvest which tackles a very taboo topic in our cultures of morbid mothers: morbid mothers)

It shouldn’t come as a huge surprise that such a despicable parent as Galen Erso could exist. More, it shouldn’t come as a surprise that the man who creates the biggest weapon of mass destruction/murdering ever made, should be capable of other very shocking things like using an innocent little girl for his own selfish interests. You don't need to look very far in the galaxy to find selfish abusive dads who destroy their daughters.

Also, it is very likely that the so-called magic flaw should be inherent to the construction of a canon the size of a planet, that’s why the empire wasn’t able to remove it with each new version of the Death Star. Each time they destroy the Death Star, the rebellion doesn’t do anything different from setting the gunpowder storehouse on fire (and they explain it to us beforehand !).

Galen Erso knows his weapon has a major flaw, but he simply couldn’t find a way to avoid it.

The whole story of the theft of the plan, the T-fighter pilot who escapes, the miraculous success of the Rogue One operation, is a masquerade aiming at bringing the rebellion to perform a suicidal attack against the Death Star. And the only reason it doesn’t work is that Han Solo comes back. The guy who isn’t with the rebellion. If you forget about the miraculous victory, the final fight in A New Hope is a giant slaughter which would mean the end of the rebellion. Tarkin's plan would have worked if it wasn't for some random stroke of luck on the rebels' side.

Anyway, my point here is that Rogue One, by using subtle elements of communication, by pulling the right emotional strings, manages to make us swallow that one of the sickest man in the universe is actually a sacrificial hero. And that’s a fascinating and a very contemporary concern to have.

Galen: I don’t wanna look like the bad guy. Each time a scientist creates something that brings humanity closer to its extinction, people always end up hating on him.

Agent in communication: Mmm… have a daughter and be a loving dad who sacrifices himself for her, nobody will see through that.

Galen: Man, I’m building a weapon that destroys planets ! You do know that there usually are millions of little girls on planets.

Agent in com: Yes, but just have a little girl that you love... and maybe have her mother killed. She needs to be cute though, otherwise it won’t work. Make her your little Disney princess. Pretend that everything you’re doing is for her… no ! Better, for her protection ! And then, mainly just say “it’s not my fault,” look sad and powerless, and like you wish things were different, and pretend you did less than what you were asked to so that people can think “see, he disagreed with the empire ! He was forced, he is a victim !”… and you’ll be ok.

Agent in communication: I’m not. Even if your girl ended up getting killed by your weapon on the day she should have made love for the first time, nobody would blame you for your choices. When the truth is unbearably ugly, people tend to prefer a beautiful lie. Just make the effort not to spoil the illusion. 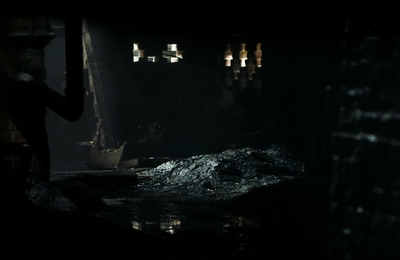