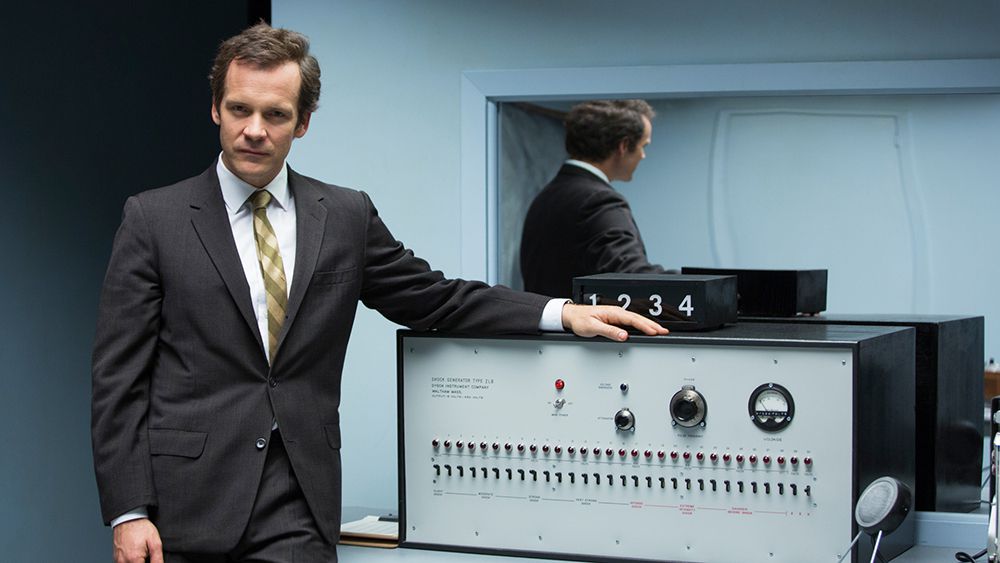 It took me a while before I watched Experimenter. I first heard about the Milgram experiment back in 2001 and it had a great impact upon me at the time as as soon as I was old enough to ask myself the question, I realised that I didn’t believe in free will one bit.

About fifteen years later, I learnt about the release of this movie and I couldn’t help but wonder “Are they going to dare defend the idea that human beings have no free will ?” Strangely enough, after having downloaded it, I didn’t feel like watching it and it took me something like two years before I did.

The movie agreeably surprised me and I realised that what had refrained me from watching it was that I didn’t want to see Milgram’s experiment be used as an indicator of the non-existence of free will. Since 2001, my opinion has evolved a lot and even if I still do not believe that free will exists, what it means to me that it doesn’t has moved very far away from horribly reductive considerations like the ones that something as awful as Milgram experiment can bring about. And so, what was so pleasing about the movie is that it presents the man as the insensitive “idiot” he is and his experiment as a meaningless fraud, a trick. It has very little to do with free will or any absence of it. That was unexpected.

edit: I'd like to underline again the fact that although it seems that I'm only giving my opinion about the experiment in this article, I'm truly talking about how the movie presents it.

There are several impressive things about the experiment. First, it brings someone to virtually kill someone else for no reason. Second, it brings participants to do something that they clearly don’t want to do at all, “against their own will.” Finally, all this happens without any violence or threat.

The virtual taking of a human life combined with the incredible sight of persons actively doing something so serious against their own will is so striking, so staggering that it leaves the witness powerless in front of the simple evidence: “Anything can be obtained from a human being if you pull the right strings.” That which is completely false. Milgram’s experiment intrinsically equates absence of freewill with absence of any coherence or psychological structure. It tells the audience: “You thought you had the control of your life, but actually, you don’t even exist as an individual. Everything that you thought you were can be brushed away easily.”

A whole part of the movie is dedicated to Milgram’s attempt at recovering from his “discovery.” At the end, he will tell his girlfriend that he wants to marry her and that he “chooses” her. And so, maybe he came back to his belief in freewill, or maybe he gave a different meaning to the word “choose.” She’s still the woman he wants to be with, he chooses her, freewill or not. But it doesn’t matter here.

What’s important is the elephant.

At the beginning of the movie, Milgram addresses the audience directly; while walking in a corridor he tells us his life story. The fact that he should be looking straight at the camera makes us spontaneously look at him in the eyes until suddenly an elephant appears walking behind him.

If you spot the elephant, it becomes extremely hard to focus on what Stanley Milgram is actually saying about his life and I think that it’s the purpose of the animal. Milgram hides himself behind his psychological studies and tricks, just like when he flirts with Sasha Menkin and constantly dodges the paths of a normal conversation, even when he tries to obtain her phone number.

However, when the elephant appears for the second time in the same corridor later in the film, it’s a lot easier for spectators to pay attention to what the character is saying because they know what’s going on, they’re “in” on the joke. The "elephant diversion" incarnates perfectly the flaws that there are in Milgram’s experiment: it’s based on disbelief, surprise and confusion. It's an illusion.

If someone strikes me with a hammer once, it’ll hurt. If the same person strikes me a second time with the same hammer, it’ll hurt again. Hammer blows hurt.

If persons who had participated to Milgram experiment were to find themselves in the exact same situation again, they for sure wouldn’t act the same way. The same situation would end in a completely different result. Of course many psychological experiments can only be made on people once because of a learning curve or a phenomenon of adaptation, or simply because the protocol needs them not to know what's tested. Nevertheless, in the case of Milgram’s it is a valid piece of criticism.

Participants are deceived and confused, the situation is surreal. They came to check boxes with a pencil for a few dollars and find themselves electrocuting someone to death in less than ten minutes for no reason. It’s so violent, unexpected and stupid that it’s hard to process or to take seriously. It has to be reminded that killing someone is illegal, obviously such an experiment would be forbidden and these doctors would be scared of going to jail. If the participants feel compelled to use stronger shocks, they can feel at the same time that other teachers must have done the same thing and still, they've never heard of a participant getting killed in an experiment.

The general absolute impossibility of everything, the artificiality of the situation and its utter complexity as well as the fact that people are very unlikely to fall for it a second time, make the results of this experiment lose their meaning.

When they learn that their partner wasn’t truly receiving electric shocks, the "teachers" are deeply relieved, they’ve been wishing for everything to just be a joke for the last fifteen minutes… and it was. They didn’t kill anyone. 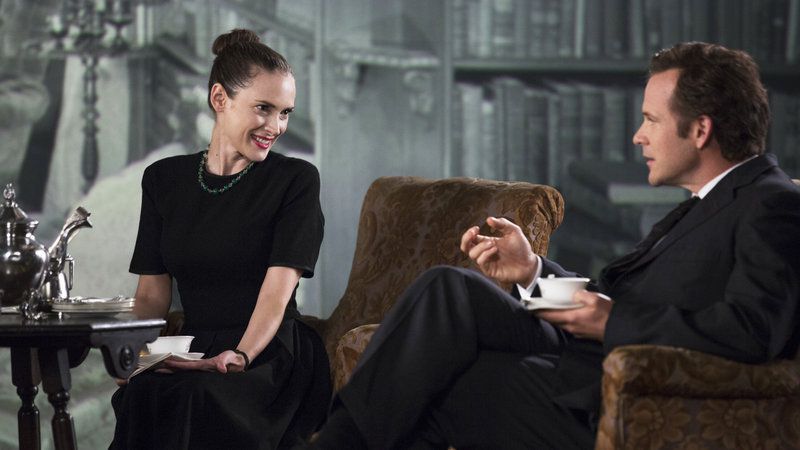 Most people can feel, on an unconscious level, that they’re not in the presence of killers. If a scientist explains to you an experiment in which there’s a chance that you might kill someone, he is not going to coach you innocently as if nothing was at stake and it was just fun and games.

Disbelief, deception and contradictory elements, confusion, play too big a role in Milgram’s experiment to take it seriously. I’m not saying that it’s not unsettling or that human beings cannot be manipulated into being violent and harm others, I’m saying that Milgram experiment seems specifically built in order to obtain this exact result of: “Innocent average folks can become killers if put in the right situation, because human beings are mere puppets.” And that’s exactly what should be discredited about it. The Milgram experiment doesn't proove this, it created an illusion that allows people to say it.

Actually, Milgram was accused of manipulating his results as well as certain variables (telling the participants to carry on a lot more times than it had been decided beforehand), while downplaying the fact that a few "teachers" questioned what was happening. I mean, seriously… giving electric shocks to someone in order to have them remember pairs of words better and allowing the “teacher” to inflict lethal electric shocks ? That’s absolutely stupid. A lot of participants must have said that although it was a horrible experience, the fact that they didn’t fully believe what was happening played a role. But Milgram didn’t report anything like that (as far as I know).

Whenever we talk about freewill or its non-existence, Milgram’s experiment is in the front line of examples that are used in order to defend the idea that we don’t have any free will when his experiment is just poor, unconvincing and criminally reductive… and was potentially imagined, created and faked only in order to make human beings look a lot more passive and controllable than they actually are.