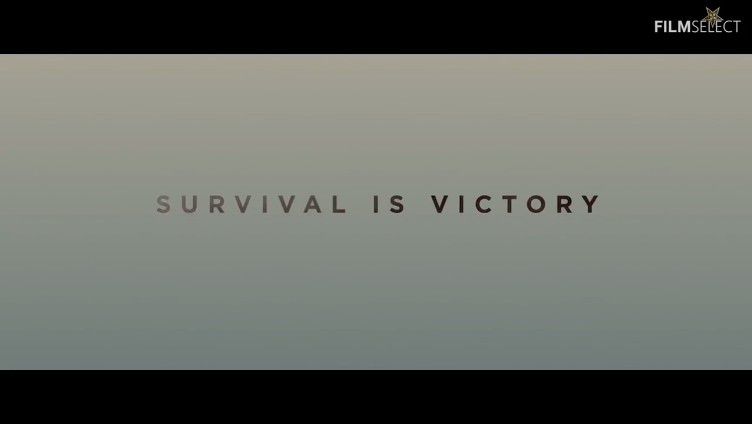 Amongst the numerous catchphrases of the trailers of Dunkirk, we can read: “Survival is Victory”.

If remaining alive is winning a battle, this battle is thus about your eradication.

The thing is, the Germans make it clear from the start: Surrender Survive.

Survival is in giving up, in acknowledging the defeat. If survival means victory and defeat… well everything is fine then !

What makes the soldiers risk their lives is their desire to go home. The message should be “Safety is defeat. Victory is home” or something like that. “Survival is Victory” would be more appropriate if the Germans had declared that they would take no prisoner: "Surrender is death. Victory is home."

My point is, all the soldiers we see in the film are destined to die for an unknown reason and it’s a miracle that they don’t. It’s an accident, the unexpected confluence of several unexpected phenomena which lead to an otherwise impossible happy ending. 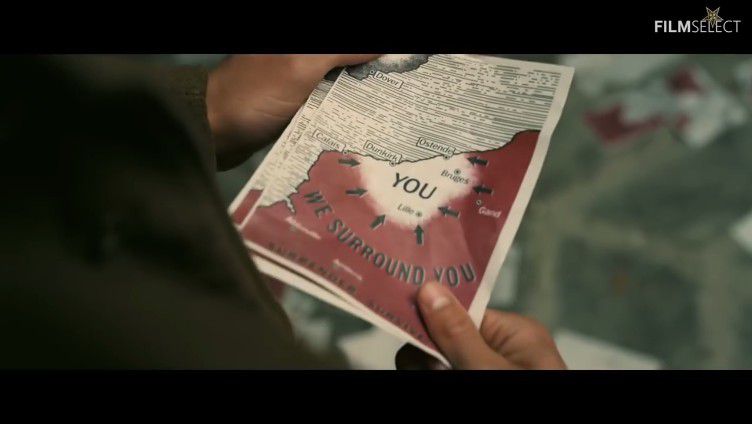 How come the Germans consider 35km of water to be a synonym of death ? By that I mean that the sea isn't in red. "We surround you !" Obviously they don't ! The soldiers are on the steps of their motherland, they just need to cross a waterway that can be swum accross.

What is striking at first in the film, is the music, it doesn’t follow the action but conveys the feeling of a constant unflinching threat, just like the tic-tac of the clock that we can hear in the trailer: it is only a question of time before all these soldiers are dead.

The music doesn’t describe a situation that evolves, it doesn’t make you feel that the soldiers are moving towards salvation, they’re trapped from the beginning to the end… until suddenly they’re saved. Miraculously.

Why ? Because the rescue mission is a fraud, Churchill wants them dead. When Bolston is told that Churchill expects to save 35 000 soldiers out of the 400 000, it’s not because the situation is particularly serious, it’s because he doesn’t care about saving more of them.

They are 35km from safety. Yes, there are 400 000 people to bring back, but it’s not as if it couldn’t be done quickly (1h30) or as if anything more than room was needed. No need for food nor blankets or… no need for food. 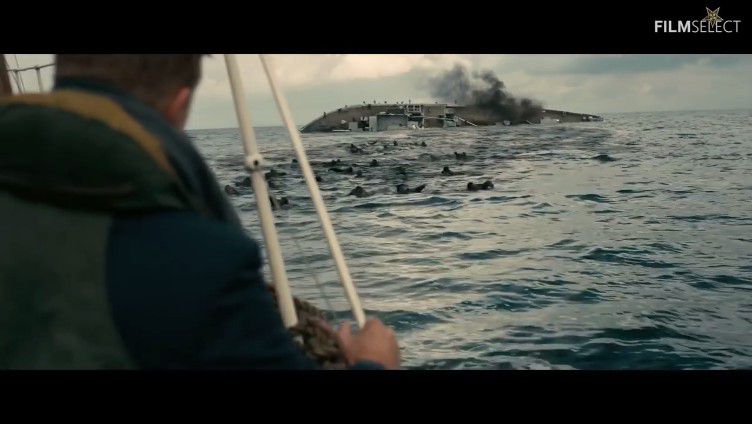 I was about to talk about the moment when the soldiers are welcome inside a boat with slices of jammed bread and locked up discreetly.

My point being that the door is locked on purpose so that they don’t survive the sinking and Tommy is saved only because the French guy who remains outside the room knows something very dark is going on and reopens the armoured door before they all drown.

When I saw the movie I felt there was something strange about these slices of bread. The scene was too pointless and obvious, Tommy looked for his slice for fifteen second before finding it and simply taking a bite at it. He is taking the bait. These slices of bread are part of a trap. So, are the submarines german… or english ? Is the position of the boat subtly given to the Germans so that they don’t miss ? Or aren’t there any Germans around ?

I wish I could dive into an analysis of the three timelines (beach/week, Tommy/day, planes/hour) but I did not even understand there were three timelines while I was watching the film... still, the character played by Cilian Murphy shows a very nice use of these plural timelines. He is seen surviving the sinking of a ship, confident that there will be other opportunities to reach England and one second later, he is a crazy man convinced that going back to Dunkirk is death. When Dawson finds him sitting on a shipwreck in the middle of the sea, we don’t know how many torpedoed ships Cilian has survived. He is stuck in a loop and this loop has transformed the most confident officer into the worst coward.

At the end of the film when the old man welcomes the soldiers without looking them in the eye, it’s not because he despises them, it’s because he is too ashamed of himself to look at them.

Also, the last shot of the film is pretty cool. Tommy reads Churchill’s discourse and realises something. (that Churchill wanted to sacrifice them all in order to make a point and bring the Americans into the war ?) 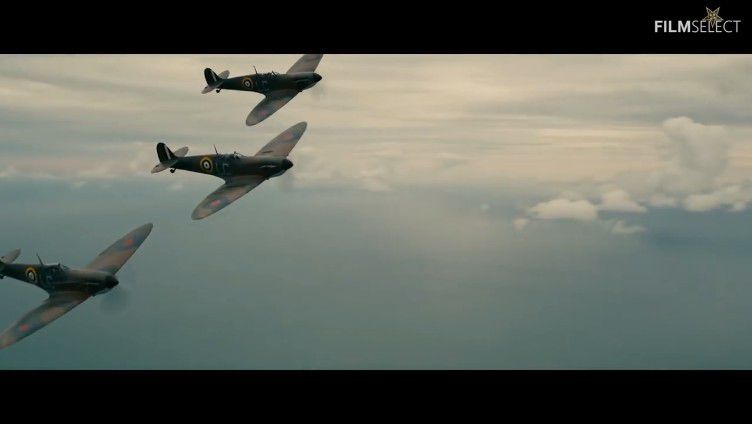 I’ll probably write a part 2 to this article in a few months when I’ve seen the movie again. There are a lot of mysterious elements in it that I cannot wait to look into. The attempted murder of Bolston, the corpse that the French man bury on the beach, I’m sure there’s a German guy somewhere in this film. Is Farrier Dawson’s dead son ? who of course wouldn’t be dead but simply in the special force. Is he here to help the soldiers ? Or he is aware of the general eradication plan and only takes part in the fights because he sees a sinking civil ship ? What is his mission in the first place ? Why all the fuss about the not-enough diesel ? Was is only supposed to kill Bolston ? Does he gives himself up to the german instead of landing on the ocean like his friend because saving the day makes him a traitor ?  Who is the guy who joins the English soldiers in the hold of the beached ship ? Why is George subtly avoiding the authorities back in England, when climbing aboard Dawson’s ship ? Or is it because the rescue initiative has become illegal ?