The Dirty Dozen: John Reisman is a german spy. (700 words) 01-The suicide mission is introduced as a disciplinary measure taken against Reisman but it is clearly far more serious than that. The movie starts with the hanging of a virtually innocent man organised in order to make Reisman feel threatened. The meeting that he is summoned to is a judgement. 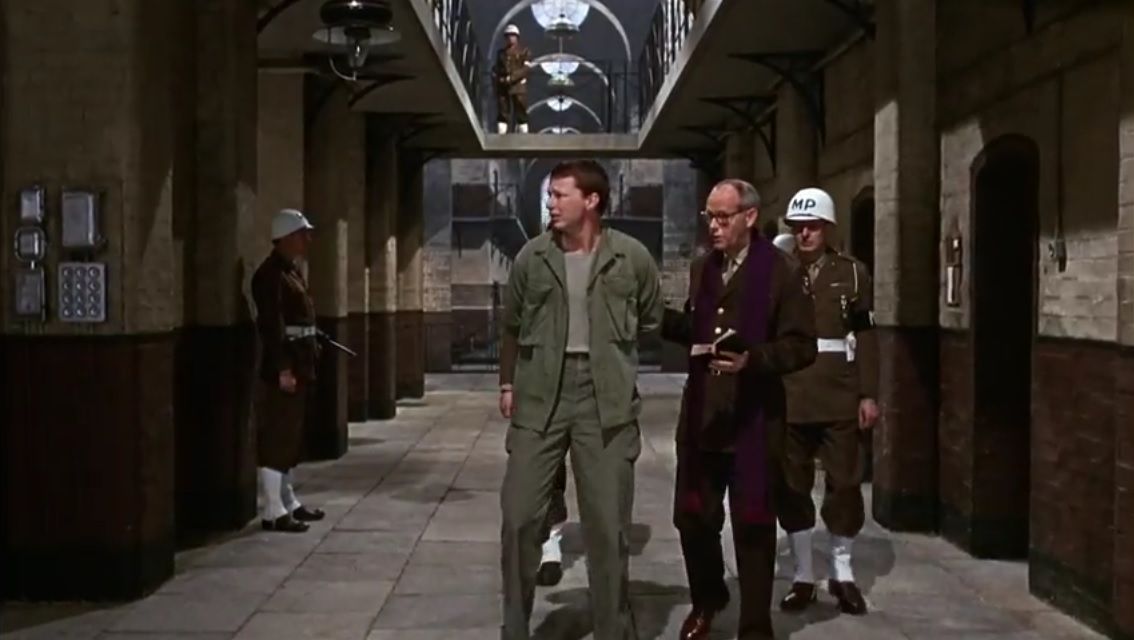 02-Reisman’s friend, Armbruster, tries to take a distance from him. If Reisman is accused of being a german spy of course, he doesn’t want to be next on the line. 03-The major general doesn’t immediately salute him, suggesting that he might not consider him military anymore. There’s a random guy sitting in front of him who doesn’t say a word but is just there to look at him intensely and make him worried. There’s a psychologist who takes notes and observes his reactions. 04-Reisman recruits (a few) men who have committed very specific crimes. Wladislaw killed an officer who was fleeing. A man like Wladislaw is a perfect witness to Reisman’s truthfulness. Who’s the sole of the dirty dozen to survive ? Wladislaw. 05-Maggot is the perfect psycho killer needed for a massacre; by hiring him, Reisman artificially creates a proof that he is taking his mission seriously.

06-A lot of the training revolves around keeping a mission secret (the work of a spy), lying, pretending and changing side. Reisman wants to subtly argue that whatever he did that made him look like a traitor, a german spy, he did for the sake of his mission. 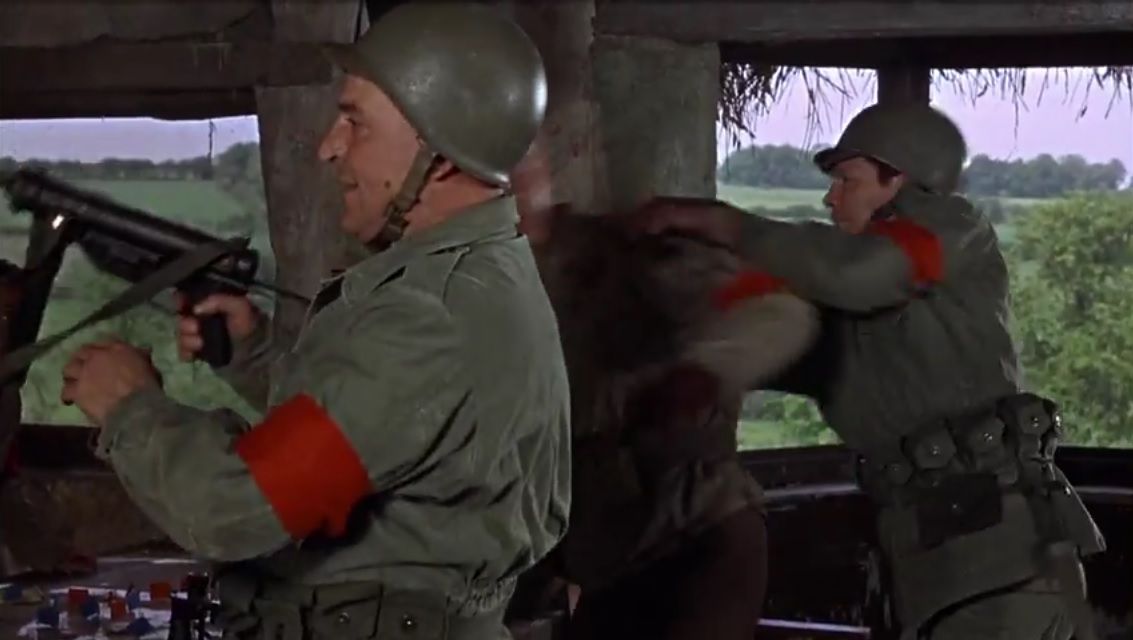 07-The final plan of action is uselessly complex and truly random. Reisman multiplies the objectives in order to make it look like he wants to do things the right way, when the more objectives there are, the more chances they all have to get caught and see the german officers flee. Cutting the phone and the radio while allowing the germans to hide into a bunker. Also, the depiction of the battle makes it obvious that the mission could easily have been completed if approached differently. => Attacking from the first floor and the entrance door while four guys destroy the bridge and the alarm. Then everybody flees by boat. They only manage to escape by truck thanks to a miracle (a german miracle).

08-Also, Reisman uses his men in the worst way possible. Wladislaw has to throw a grappling iron when we know he can’t do it. Pinkley who proved incapable of “improvising” is put in the exact spot where he has to do so. Maggot who is incapable of controlling himself in the presence of women, sees his (hate/guilt ridden lust) exasperated by the visit of prostitutes in the camp, and then put in the front line of a mission which consists in interrupting a party with a lot of beautiful women. Just like Maggot, Posey, the guy who loses control of himself when provoked and becomes a killer against his will, exactly the kind of guy needed for the mission, is put at the back in a position of defense in which he’ll have to remain calm and stay at his post. Reisman himself close to never shoot. 09-Every opportunity to start the killing is postponed up until the german are safely hidden in a bunker. It’s only an incredible twist that transform the huge failure into a “success.” This twist being that ammunitions are stored next to the bunker. 10-There are quite a few indicators that the german knows that Reisman is coming with his men. The two first german victims (the unavoidable guards killed stealthily) are described by the movie as disposable soldiers (Lazy, hating their job, against war). The team fails on many levels but they’re never discovered. Wladislaw kills three german soldiers in car while Reisman whatches. Why didn't he bring a silencer ?

A german soldier doesn’t spot a white rope two meters from him. Possible but very unlikely and there are many other unlikely things happening that night.

A german soldier cannot realize that the guy in front of him doesn’t speak a word of german when he has to ask him several times if he can light his cigarette. The german soldier who is supposed to check the identity of the people he lets in isn’t bothered by the fact that Wladislaw and Reisman obviously avoid doing it and do not speak german. Then he clearly interacts with Reisman silently. 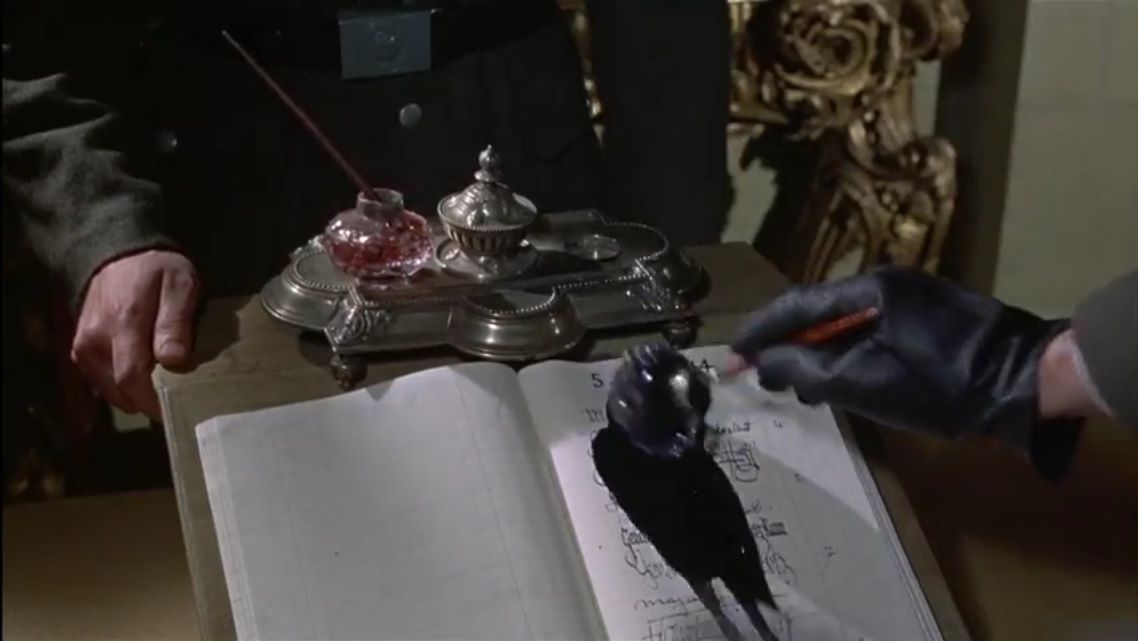 When the first shots are fired, nobody ask what’s going on, nobody thinks of sending the guards, of retaliating, an officer immediately shouts “Everybody in the bunker.” He knows what’s going on. As soon as all the german officers have entered the bunker, the soldier who lead them starts shooting at the americans. He perfectly knew they were there. As I was saying the truck escape only works because the vehicle has caterpillar tacks… but why does this vehicle is available and not the normal one ? The Dirty Dozen tells the story of a suicide mission organised in order to determine whether a specific major is a german spy or not and of all the tricks the man is going to use in order to get himself off the hook while trying to have the mission fail.